After having been general director for more than six years, Viktorien van Hulst will be leaving Stichting Theaterfestival Boulevard ‘s-Hertogenbosch and Stichting Bosse Nova. As of July 1st she takes on the position of General Director of the Performing Arts Fund, where she succeeds Henriëtte Post. On behalf of the National Government, The Performing Arts Fund offers support to all professional performing arts in the Netherlands and it has an annual budget of 62 million Euros at its disposal. Peggy Olislaegers (1966), former director of the Nederlandse Dansdagen (Dutch Dance Festival) will act as the interim director of the 2021 edition of the festival.

'We are going to miss Viktorien as the frontwoman of our festival and passionate protagonist of the performing arts and their role in society. We expect her to contribute to this cause in The Hague with the same energy. We thank Viktorien for her work. The strong organization she leaves behind, gives us great confidence in the future.'

- Mieke Geeraedts, president of the Supervisory Board.

In the last six years, Theaterfestival Boulevard reinforced its name as a festival where contemporary developments in the performing arts are presented to a wide audience. Under Viktorien’s leadership, the festival initiated intensive artistic collaborations with its direct environment and took on an active role in international networks, among which two large projects, supported by Creative Europe. Additionally, the festival committed more heavily to talent development, partly prompted by its move to its own building equipped with rehearsal studios. In 2020 Boulevard received the Theatre Critics Award for its special festival edition ‘Afzender Boulevard’ [Powered by Boulevard], and Viktorien was commended for her efforts to strengthen the position of the Dutch performing arts festivals. Viktorien sees the start of the new four-year performing arts plan, Boulevard’s multi-year plan was positively received by national, provincial and local governments, as an appropriate moment to pass the baton.

'With incredible pleasure, I have been in a position to create six festival editions together with the fantastic team of Theaterfestival Boulevard. I am proud of our shared courage to pioneer, proud of the collaboration with many performing artists in the Netherlands and abroad, and the work that we have been able to produce and present to our audiences. I thank the many partners, funds, Friends, and volunteers for their trust and our fantastic collaboration, and the Boulevard audiences for their involvement and enthusiasm.'

Peggy Olislaegers (1966), former director of the Nederlandse Dansdagen, will act as interim director for the 2021 edition of the festival. Peggy is actively involved in different leading institutes in Europe, where she offers artistic and strategic advice to leaders in the performing arts. At the request of the Supervisory Board of Theaterfestival Boulevard she explores a new governance model for Boulevard, which fits its mission, the festival’s surroundings and ambitions, as well as the current times. The course the festival has set in the past few years and the strength of the Boulevard team will play a central role in this.

Theaterfestival Boulevard recently announced that in 2021 a new central festival square will be created at the Zuiderpark in ‘s-Hertogenbosch, and that its festival will be extended by an extra week. Boulevard 2021 takes place from 5 – 22 August. 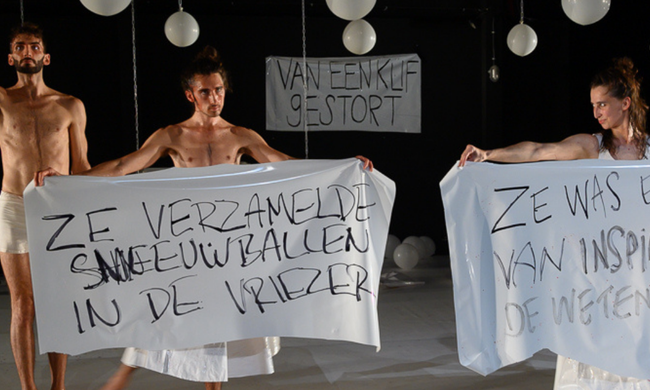